Sulawesi is the huge "K" shaped Island in the Maluku Sea and the fourth largest Island of Indonesia. With thousands of bays and many kilometers of coastline of white sandy beaches, it has the backdrop of rising mists and mountainous terrain in the centre. Travelling by sea is the best way to explore the unknown underwater nature of Togian & Banggai, the "Hidden Sulawesi”.

This cruise offers the most diverse dive sites apart from the Black sand dives around the Lembeh Straits, most of the dives on this cruise are on different kinds of reefs, from large barrier reefs stretching from one end of the archipelago in the north to smaller fringing reefs. In addition, there are a few atolls in the south and off shore reefs with vertical drop-offs down to several hundred meters, steep slopes with a lot of gorgonians and black coral bushes, small caves, overhangs and lots of swim - throughs. The reefs and large coastal mangrove areas are habitat and breeding areas for the hawksbill turtle, the green turtle and the dugong.

On the inner islands there are fringing reefs with coral gardens populated by reef fish and also special animals like frogfish, ribbon eels, bobtail squid and more. From the rich volcanic black sand up in the North of Sulawesi to the turquoise crystal clear waters surrounding the Togian Islands and the white sandy atolls around Banggai and Ganggai, Hidden Sulawesi is an all in one destination – not only because of unspoiled dive sites but also due to the diversity of life, from funny critters crawling over black sand to weird shaped sponges to at least 3 difference kinds of Pygmy seahorses, huge green turtles to the endemic - Banggai cardinal fish.

For us as adventurous divers, probably one of the best things about diving in Sulawesi is that it largely remains unexplored. This is one of the cruises that offers an adventure route that opens up the beauty of Sulawesi, from the north to the south, in a way that not many people have heard of or seen yet - the "Hidden Sulawesi".

Welcome to the macro mecca - Lembeh Strait - well known for the volcanic black sand that is home to many weird and wonderful critters that the sea has to offer, where "muck diving" all began. Very often the divers tend to disappear in this underwater world of Lembeh longer than they expected, with performances of those rare critters, all playing hide and seek in their homes of those manmade debris along the sea bed. This is one of those places where, before the dive you can easily hand out your critter list and at the end of your day, it will mostly be ticked off– That's how rich the wonderfully weird marine life in Lembeh is. 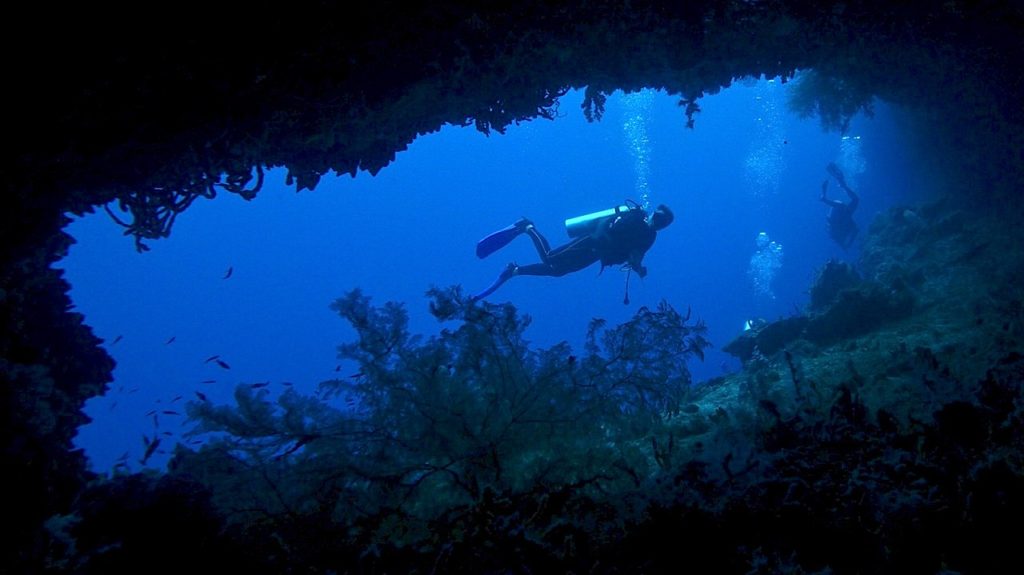 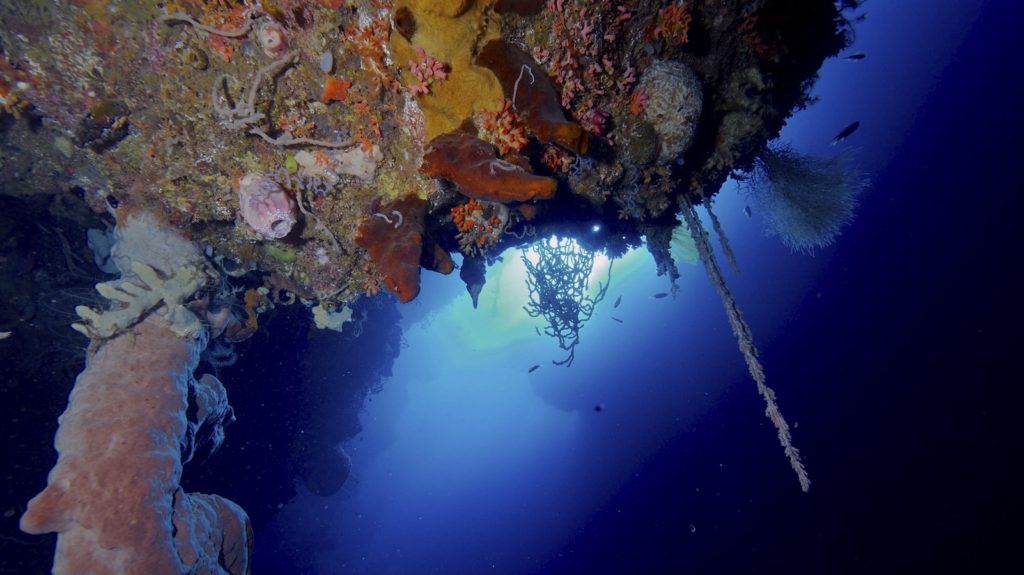 Gorontalo, located right in Tomoni bay, centre Sulawesi, has a good combination of dive sites with steep drop offs, overhangs, caverns, caves, pinnacles and chimneys clogged with white fans, numerous gorgonian sea fans, dramatic walls with dense coral growth and mixed coral gardens up shallow in addition to black coral bushes and large sponges. Divers can find several large Salvador Dali sponges (Petrosia lignosa), including a huge cluster of barrel sponges. This species of large sponges was discovered in Tomini Bay in the 1920s and is only found on deep walls around this area.

Togian Island Group (Kepulauan Togian) is an archipelago of six main and about 60 smaller islands that are of volcanic origin; actually Una Una in the northwest is an active volcano. The islands unique geography has created three distinct types of reefs - atolls, barrier reef & fringing reefs - one of the few areas of the world where all three can be found in the same area. There are numerous fascinating dive sites here, from a large barrier reef, where there are caves, overhangs, and swim throughs along with exciting schooling fish action and swift currents to smaller fringing reefs as well as a few atolls.

The reefs and large coastal mangrove areas are habitat and breeding areas for the hawksbill turtle, the green turtle and the dugong. Fish life is abundant, with sightings of reef sharks, rays, tunas and barracudas being common. There are plenty of turtles, napoleon wrasse, bumphead parrotfish and realms of colourful reef- inhabitants. Apart from the number & variety of fish, the Togians feature amazing corals & black coral bushes, huge gorgonians & whip corals stretching high into the blue and stunning barrel sponges on the reef. 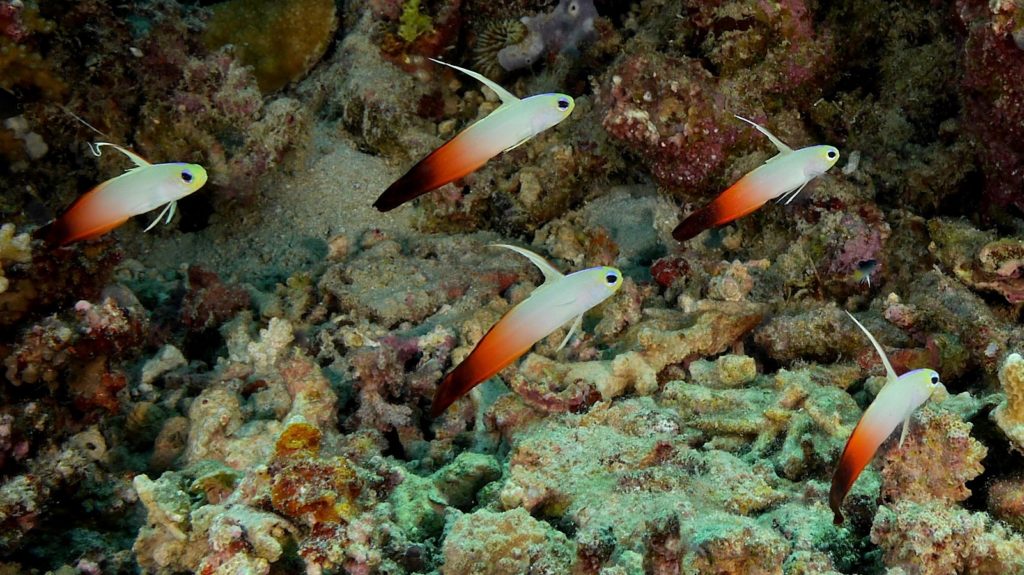 Flanked by teeming waters and reefs, Sulawesi's interior is mountainous and cloaked in dense jungle. Here rare species such as nocturnal tarsiers and flamboyant maleo birds survive – as do proud cultures, long isolated by impenetrable topography from the onslaughts of modernity. Meet the Toraja highlanders, with their elaborate funeral ceremonies and beautiful architecture; the Minahasans in the north, who offer spicy dishes made of everything from fish to stewed forest rat; and the lowland and coastal Bugis, Indonesia’s most (in)famous seafarers. It all combines – the land and the people – to make Sulawesi one of the most compelling islands in Indonesia.

Water Temperature
Avg. 26° to 30°
Weather Conditions
Tropical weather, sunshine and nice sea breezes that can be windy at nighttime, light jacket is ideal
Sea Conditions
Cruises are scheduled at the ideal times of the year and conditions should generally be calm.

sign up now and get weekly deals in your inbox