The Spice islands are officially known as the Maluku Islands. They were known as the spice islands for being the largest producers of nutmeg, mace and peper in the world. The small group islands lies between Celebes and New Guinea and include Halmahera, Buru, Ambon, Ternate, Seram, Tidore and the Are an Kai island groups. The islands have a total area of 850,000km2 from which 90% is sea. The Banda sea. The Banda sea is part of the Coral triangle which has one of the greatest diversity of coral reef species around the world. Most of these islands are part of the wallacea area and are well known for their highly diverse flora and fauna and hundreds of endemic species. This destination is an off the beaten track adventure for real pioneers. Combine nature history and diving all together in this destination. The remote islands bring us back in history and tell us the stories of 500 hundreds years ago….

History of the Spice Islands

Our story begins long before the European vessels arrived in the Indian Ocean in 1498. For centuries there was a thriving trade in spices in the far east. The spices were traded with Chinese silk, Indian cotton, Arabic coffee and African ivory. In the middle ages the spices were also available in Europe but the prices were very high because they were shipped overland and every trader made profit on it, once arrived in Venice, the chief point between Europe and the East they were worth 1000% more then the price paid on the spice islands. The Europeans began buying from the spice islands directly in the 1520s.The Portuguese where the first and controlled the trade, they demanded very high prices.

Then the English made their first spice voyage in 1598 but two out of three ships where lost, but still this voyage made an enormous profit. In 1599 the Dutch arrived and competed with the Portuguese. They conquered Ambon and Tidore when the Dutch East India Company allied with the sultan of Ternate and in 1605 expelling the Portuguese. The Dutch ruled the trade in spices through a ruthless policy including the conquest of the Banda Islands in 1621 and they eliminated the English in Ambon. During the French revolutionary was and the Napoleonic wars, the British forces captured the islands in 1796 and kept them until 1817. In that time they started uprooting the spice trees and transplanted them throughout the British empire.

The Intensity of marine life in this Bay is unrivalled; with a combination of nutrients pushed into this large bay with lots of small coves where critters can benefit from the passing currents but are still protected by sheltered waters. A unique combination creates conditions that nourish an incredible eco system that makes this bay one of the richest and interesting places to dive. Ambon Bay is also famous for weird species like the Psychedelic Frogfish, right here at a dive site named the twilight zone, where many different kinds of moray eel, sea moth, ribbon eel, stonefish take habitat too. The Ambon shipwreck, a Dutch cargo vessel that sunk during 1950s, is also a very photogenic site and teeming with life. 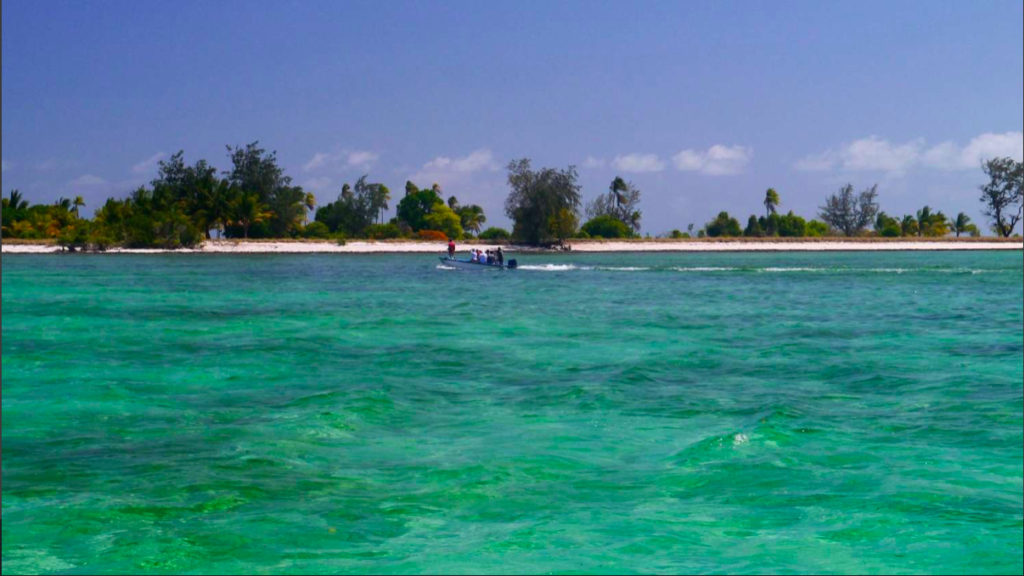 A secret place in the middle of the Banda Sea, reached by live-aboard only, makes this another unspoilt reef where not many divers witness the true nature of Pulau Suanggi and Pulau Ai. This area acts like an oasis for pelagics that cruise by these pristine hard coral reefs full of fish, which they all call home. Napoleon wrasse, green & hawksbill turtle, tuna, rainbow runner, huge schools of barracuda mixing with schools of bannerfish, redtooth triggers and fusiliers that sometimes-just cloud the whole reef. 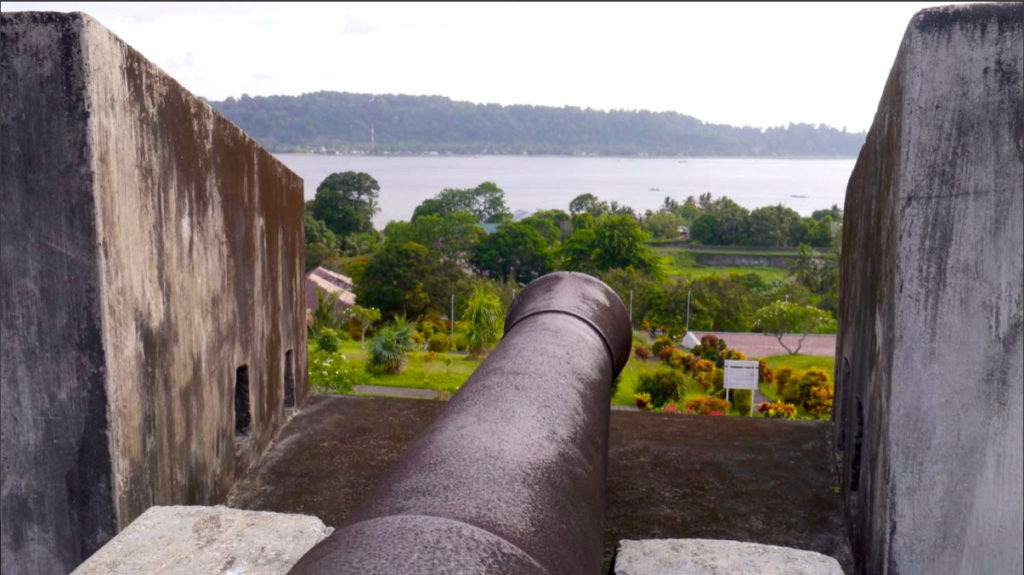 The Banda area offers a good variety of dive sites, from volcanic rock at Pohon Miring to the black sand in Banda’s harbour, muck diving with flying gurnards spreading their electric blue wings, nervously moving sea moth, nudibranchs and the mandarin fish, which are seen in many places around the harbor of Banda Neira.

Walking around Banda Neira
Enjoy the view of Gunung Api, a 650 metre high active volcano, from the top of Fort Belgica, built by the Dutch in 1611 and located in the historical town of Banda Neira. Clove, Nutmeg, Marc and cinnamon are still the main spices that are grown here. During the cruise you will walk you through the magical smell of the spices that once ruled the world.

Nov–Mar Spectacular diving; the best time to visit (the Banda Islands are rough in January).
Apr–May & Sep–Oct Shoulder seasons; a good time for the Banda and Kei Islands.
Jun–Aug Monsoons hit Ambon and nearby islands, but northern Maluku is normally dry.

Book your destination with us?

If you want to book the best destinations with us you just have to fill our request quote form and we will contact you with the best offer as soon as possible.

Request quote
Water Temperature
Avg. 27° to 30° Avg. 27° to 30°
Weather Conditions
Most of the climate is determined by monsoon winds. Refreshing breezes onboard throughout most of the season
Sea Conditions
Generally calm. Can be choppy while crossing in open sea
Pindito
Mutiara Laut
Manta Mae
Alila Purnama
Leyla
Mantra